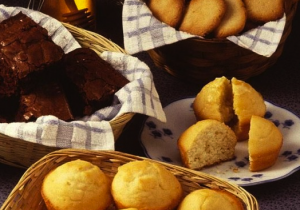 Yesterday saw another highly successful and stimulating breakfast debate at Money&Co.’s London offices, as would-be lenders discovered more about the exciting yields on offer for those wanting to lend to business borrowers.

The debate ranged over credit analysis, borrower selection, payment methods, safeguards, and regulation. The average return for Money&Co. lenders, after yesterday’s successful close of the ARP credit-control company at just under 11 per cent average gross yield, is over eight per cent.

The launch of high-paying pensioner bonds has led to banks cutting more than 100 rates in 21 days, according to a recent article from Money Mail.

The Mail terms the banks’ move as “the great New Year rate massacre”. The Mail says the cuts come are partly “driven by the fall in inflation, as well as banks being desperate to cut payouts as they know they can’t compete with the National Savings deals.

“Though savers have been able to apply for the pensioner bond only since last Thursday, banks have been getting ready for their launch for months. Susan Hannums, director at the independent website Savings Champion says: ‘This is one of the toughest periods for savers in living memory.

‘We hoped the launch of the pensioner bonds would kick-start this year as a better one for savers with much-needed competition, as banks and building societies try to hold on to savers rather than lose out to National Savings.

“‘Early indications haven’t been good, with more rate cuts for both new and existing savers.’

“Last Tuesday, it was revealed that inflation had fallen to 0.5 per cent – its lowest on record. Two days later, National Savings & Investments launched high-paying Pensioner Bonds.

“Older savers jammed the phone lines and brought the NS&I website to a halt as they rushed for these 65+ Guaranteed Growth Bonds, which pay 2.8 per cent for one year, or 4 per cent for three years.”

*** Discover more about the latest loans on offer at Money&Co. by visiting our Home or Lend pages. The risks of lending are detailed here.