Don't invest unless you’re prepared to lose money. This is a high-risk investment. You may not be able to access your money easily and are unlikely to be protected if something goes wrong. Take 2 minutes to learn more
Login Contact Us

2021: The Bitcoin-led Assault On The Mainstream Gets Serious
Mon 18th January 2021 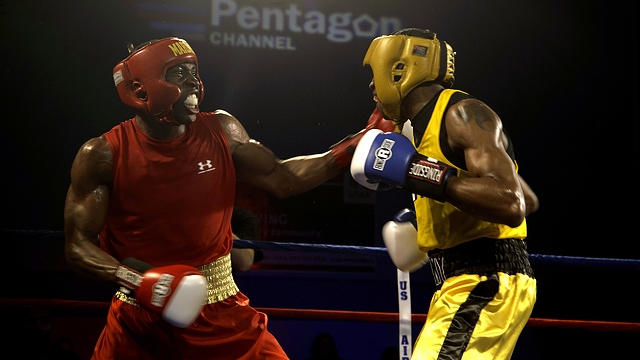 The bitcoin-led assault on mainstream finance continues. This set of prognostication comes from our friends at Crowdfundinsider. This is piece, partially featured already in our News section, is one we roundly endorse.

Bitcoin (BTC) and other cryptocurrency platforms such as Ethereum (ETH), Litecoin (LTC), Bitcoin Cash (BCH), Binance Coin (BNB), Chainlink (LINK), and Polkadot (DOT) are being increasingly adopted by a diverse group of users across the globe.

Many more institutions and fairly large publicly listed companies like MacroStrategy Incorporated entered the crypto space in 2020, which was marked by great socio-economic uncertainty due to the COVID-19 outbreak.

The digital assets market cap currently stands at over $860 billion, with Bitcoin dominance reaching nearly 70% – which means that the flagship cryptocurrency has captured the majority of the nascent market with a market cap of over $585 billion at the time of writing. The Bitcoin price continues to set new all-time highs and is presently trading at around $31,667, according to CoinGecko data.

Bitcoin is not the only crypto-asset that’s surging this year. Ethereum, the world’s second-largest digital currency, now has a market cap of over $117 billion and ETH is trading at more than $1,000 for the first time since early 2018 when it briefly surged to around $1,400 before crashing hard along with the rest of the crypto market a couple of years back.

While we have seen similar prices during the historic crypto market bull run of 2017 (and now much higher BTC prices), there’s a lot that has changed fundamentally since that time. It can be argued that the late 2017 and early 2018 rally was based on a lot of speculation and driven by many eager retail traders.

But after the Bitcoin and larger crypto market crashed badly during the extended bear market of 2018, most of the companies and platform developers began re-evaluating their strategies. At that time, there were a number of serious issues that needed to be addressed before the crypto market could rise again and gain more meaningful adoption among the masses.

As most industry participants would know, there were numerous scams carried out under the guise of initial coin offering (ICOs) and this trend continued later on (for the most part) in the form of initial exchange offerings (IEOs). Like ICOs, IEOs were more about “speculation and trading” than fundraising and project development, according to an extensive blockchain industry report.

These fraudulent activities led to losses worth billions of dollars for unsuspecting investors. The crypto space has endured some of the largest scams ever orchestrated including Bitconnect, the multi-billion dollar PlusToken scam, among many others. These malicious and highly damaging activities made it abundantly clear that the crypto industry was badly in need of a proper and clear regulatory framework.

Bitcoin to Be Used More Often As Store of Value

While other digital currencies such as Bitcoin Cash, Litecoin, and Bitcoin SV (BSV) allow investors to diversify their investment portfolios, these assets have not proven to be legitimate alternatives or options when it comes to serving as a reliable long-term store-of-value (SoV). Only BTC, which has the world’s largest and most secure crypto network, and potentially Ethereum (ETH) now to some extent, have shown that they’re able to hold value and even appreciate in value dramatically over longer periods of time.

According to well-known investor Raoul Paul, there’s no other asset besides Bitcoin (and Ethereum to a certain extent) that can potentially deliver 10x or higher returns within a span of a few years. Paul, who now holds the majority of his net worth in Bitcoin and Ethereum, believes that these assets provide an excellent risk-to-return ratio.

In addition to cryptocurrencies being used as a hedge against the traditional financial markets, which have seen historic levels of money printing by reserve banks across the globe, we can expect the Ethereum-dominated decentralized finance (DeFi) space to continue to grow rapidly. In early January 2020, the entire DeFi market had only around $600 million in total value locked (TVL) into various DLT-enabled smart contracts. At present, there’s more than $14 billion in TVL captured by various DeFi protocols such as Aave, Maker, Uniswap, Compound, Synthetix, SushiSwap, Balancer, Yearn.Finance, among many others.

Some of these platforms like Aave (AAVE) have even managed to acquire an electronic-money license from the UK’s FCA and have handled billions of dollars in deposits. Uniswap, a leading Ethereum-based non-custodial exchange, is now regularly handling billions in trading volume and offers support for a wide variety of ERC-20 tokens. In 2021, we can expect these platforms to gain even more users and we might see DeFi startups launch even more creative projects.

DeFi mania, which really kicked off during the summer months of 2020, was fueled by a lot of speculative trading and investments. There were also numerous scams and hacks of smart contracts associated with these DeFI networks which have primarily offered borrowing, lending, yield farming, and liquidity mining options (among other use cases).

The trend towards greater decentralization is being supported by various new platforms that are part of Web 3.0, which is an evolving set of standards for the Internet of the future. While Ethereum has played a leading role in the development of Web 3.0 protocols, there are other blockchain interoperability solutions being launched such as Cosmos (ATOM) and Polkadot (DOT). These DLT platforms aim to provide improved interactions and a lot more compatibility between separate or independent blockchain networks.

Although many Ethereum supporters claim that it’s not really necessary to have multiple chains, or even think only a very limited number of blockchains are needed to deploy decentralized applications (dApps), many developers are also chain agnostic, meaning they would rather let the end-users decide and choose which blockchains they’d prefer to work with, which could be many different ones at the same time.

It also makes sense that individuals and businesses would benefit from more choices like EOS, Tron, NEM, NEO, Kadena, Zilliqa to name a few, especially considering that Ethereum transaction fees have skyrocketed recently and the blockchain has become quite unusable due to large amounts of network traffic.

Regulators And Cryptos; We Pick A Winner
26 February 2022

Cryptos, NFTs And Tokens: Provisional Conclusions And The Reasons Why
16 September 2021